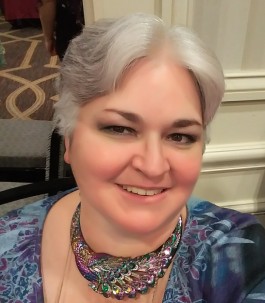 It is with great pleasure that we announce that eSpec Books author and publisher Danielle Ackley-McPhail has been invited to be guest of honor at this year’s Chessiecon. The event is scheduled for Thanksgiving weekend (November 26-28, 2021) at the Lord Baltimore Hotel in Baltimore, Maryland.

Danielle has been a long-time participant of the convention, going back nearly a decade when the convention was still called DarkoverCon (original run as a part of the MZB/Darkover fandom.)

As a part of the festivities, Danielle will be launching Daire’s Devils, her seventh novel, as well as several new volumes in the brand-new Systema Paradoxa series, including a special volume released specifically for the convention, based on Chessie, the cryptid namesake of the convention. The title for that book has not yet been announced, but Baltimore resident John L. French (author of When the Moon Shines, the premiere volume in the series) has agreed to pen this special release.